This year, several threads tied together my Burning Man experience: a resolution to create love rather than seek it, to tell those around me that I love them, and that for me, the burn is about learning and practicing to be a better human.

Another theme presented itself over and over: bewilderment and frustration any time I walked near Center Camp.

Here’s Center Camp on a map:

Its glorious circular pendant sits atop the heart of the city, suggesting a vital community gathering place. Strolling along its promenade evokes a sense of importance amid information bureaus, administrative services, and purchasable ice and coffee. A regal pathway leads directly into the open arms of the man. If Black Rock City were a default-world US city, Center Camp would be its capitol building.

The elegance quickly recedes. Immediately surrounding this promenade are thick circular blocks overflowing with infrastructure, RVs, and trucks. It feels like a warehouse district, noisy and impersonal, choking the city off from its center. And surrounding these blocks is Rod’s Road, a tangle of awkwardly angled streets seemingly designed to confuse. Which streets are lettered? Which are numbered? I’m looking for D…

Let’s look at three design principles which operate well in the rest of the city, and not as well here:

1. From every point it should be possible to orient yourself by looking around. Black Rock City is full of great examples: from each intersection the man can be seen in the distance, immediately orienting you. The curves of the lettered streets are clearly differentiated from the straight lines of the numbered ones.

On Rod’s Road, it’s hard to figure out where you are. Streets branch off in angles that are inconsistent with the navigation of the rest of the city. It’s confusing.

2. Central areas should be designed for human interaction at human scales. In areas like A, B, and the Esplanade, streets are filled with camps and outward-facing art, not cranes and impersonal architecture.

The roads surrounding Rod’s Road are filled with interactivity, yet this small back alley feels barren and desolate.

3. The values of a city are encoded in its overall shape and the way its structures work. The circular streets of Black Rock City immediately convey that it is focused around community, the Man, and the Temple, and that it is a non-standard kind of city.

For reasons mentioned above, this isn’t working right now. 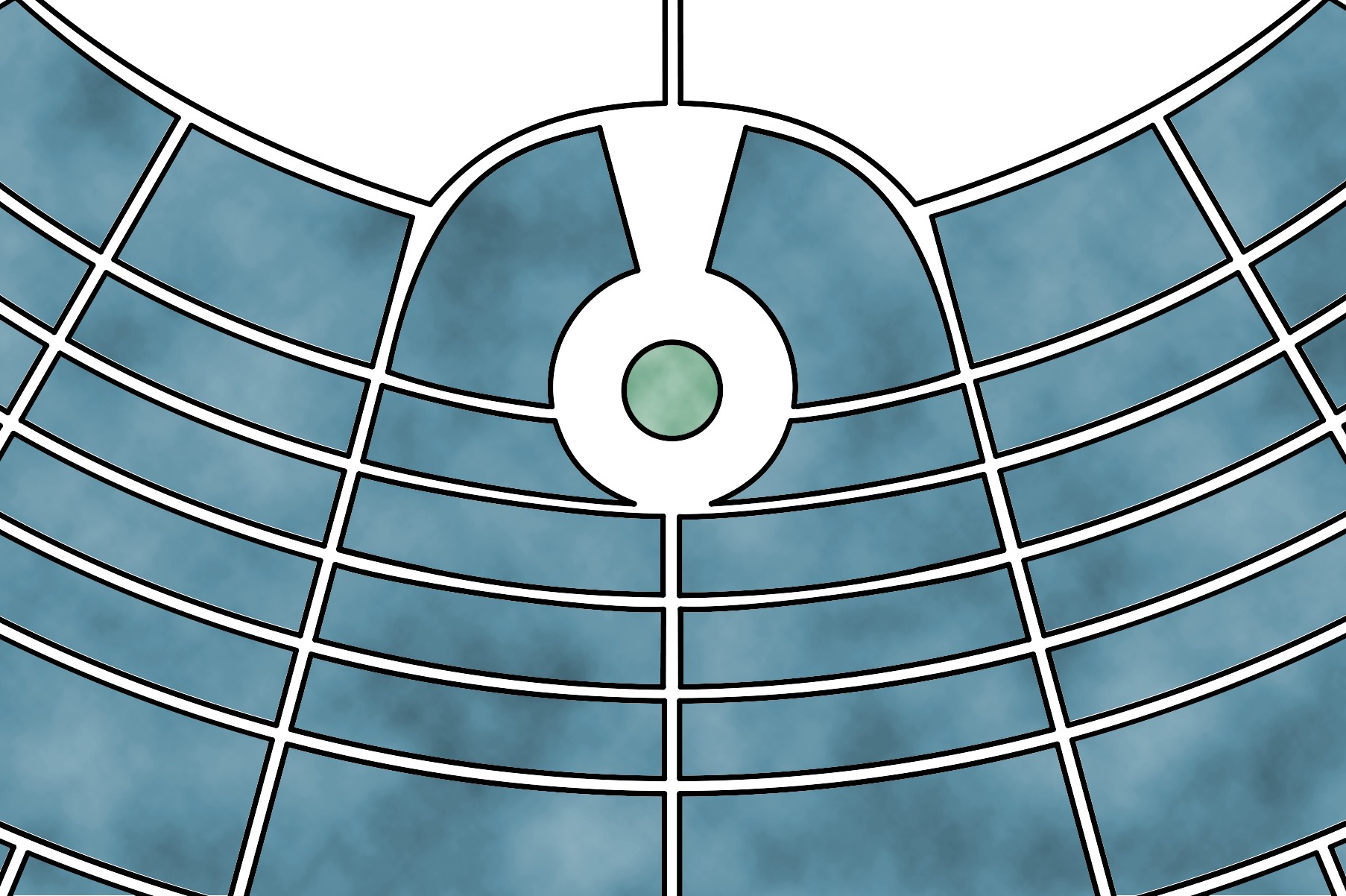 By removing Rod’s Road and extending the city to the promenade, it is now immediately clear where you are from every point. Visual cues such as the keyhole, the man, and the city grid, are available from all around Center Camp, which is now integrated with the city.

We’ve also reclaimed half of six blocks (B, C, D between 5:30 and 6:30), shaping them like the rest of the city where they were previously chopped up.

I’m not sure what these circular blocks are used for, but it’s possible they contain city infrastructure like ice. Whatever the reason, people-centered design is more important.

It’s also possible that you find the current layout pretty. That symmetrical round pendant certainly looks nice, but this is partly because it appears to be wide open space. Stare at the map again and remind yourself that these shapes are city blocks, not an open plaza, and then wonder what they’re doing right in the center of the city.

Another option I drew up, which I’m not as excited about: Center Camp could be moved back one block: 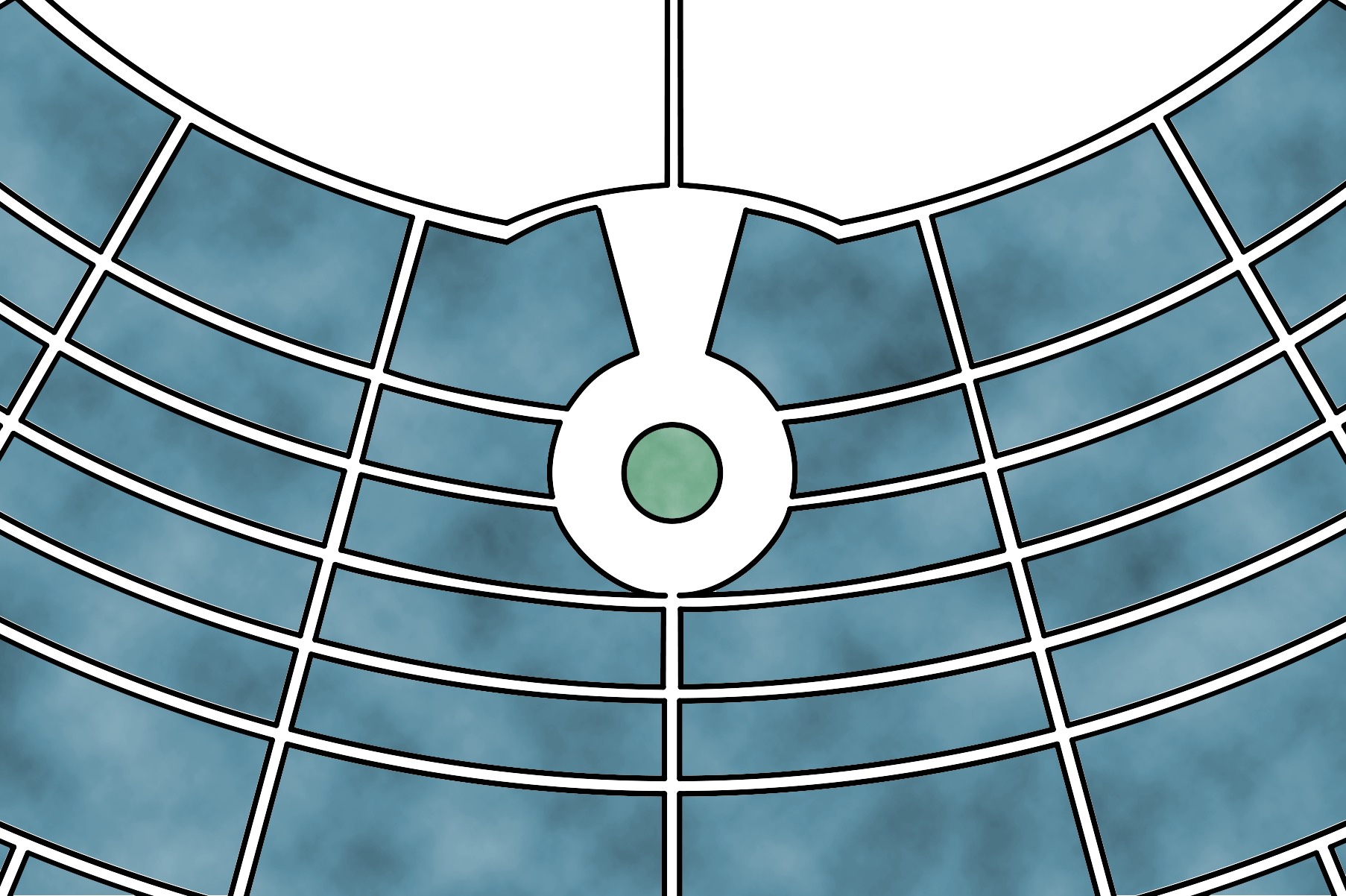 This restores a feeling of symmetry at the expense of losing a block of city, which is not ideal since the population is continually growing. On the other hand, it could make Center Camp feel more accessible by reducing or eliminating the round frontage separating it from the playa.

(And if you dig urban design, I can’t recommend enough Jane Jacobs’ Death and Life of Great American Cities.)

I’m hosting a discussion on Jan 7 at The Embassy in San Francisco called “Planning and Flaking: Can We Do This Better?” Here are some thoughts to start the discussion: The year is 1957. You’re sitting on the couch, eating a string bean casserole and finally getting around